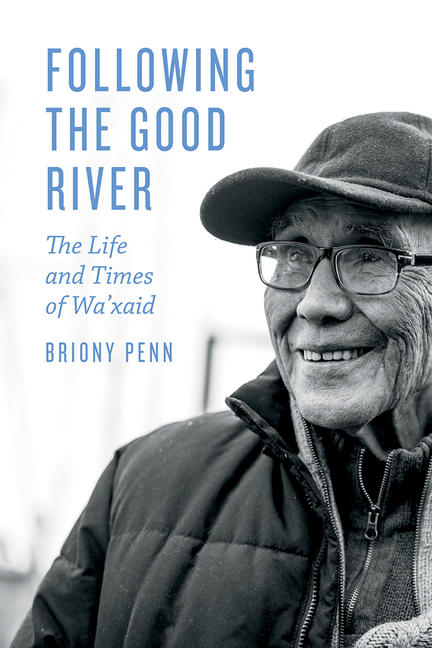 Following the Good River, the companion book to Stories from the Magic Canoe, is a collection of stories recorded and transcribed by Briony Penn of the life of Wa’xaid Cecil Paul. This book contains sections of Wa’xaid’s teachings and stories from his perspective, interwoven with research from Penn, such as historical information, biology lessons, and primers on various topics like fish, village names, and Indigenous languages. Photos of primary sources are also included. Beginning in 1792, the span of this book exceeds Wa’xaid’s life, but all parts are important to his journey and the paddling in his metaphorical Canoe as these stories are shared, especially as they relate to the protection of land and connecting with culture. The book is broken up into five chapters that focus on different eras, but within each chapter are small sub-sections that can be pulled for use in social studies, science, history, geography, English, and social justice classes as excellent ways to blend Indigenous ways of knowing and being into curriculum. The focus is on healing and good journeys while also being honest about the true history of Indigenous people in BC.

Briony Penn is an award-winning writer of creative non-fiction books as well as a contributor to many anthologies and chapter books. She has been a feature writer and columnist for decades, with over five hundred articles on environmental issues and natural history in newspapers, magazines, government publications, online news sources and peer-reviewed journals. She has also written numerous environmental guides and educational handbooks for teachers in British Columbia. Her first book with RMB, The Real Thing: The Natural History of Ian McTaggart Cowan, was the winner of the 2015 BC Book Prize. Her work with Cecil Paul will continue with the publication of a comprehensive and collaborative biography, Following the Good River: Stories from the Magic Canoe of Cecil Paul, which will be published by RMB in the autumn of 2019. Briony lives on Salt Spring Island, BC.

Cecil Paul, also known by his Xenaksiala name, Wa’xaid, was a respected elder, activist and orator, and one of the last fluent speakers of his people’s language. Cecil was born in 1931 in the Kitlope and raised on fishing, hunting, trapping and gathering. At the age of 10 he was torn from his family and placed in a residential school run by the United Church of Canada at Port Alberni, on Vancouver Island. For years, Cecil suffered from the pain of the abuse inflicted there. After three decades of prolonged alcohol abuse, he finally returned to the Kitlope and the positive influence of his people’s knowledge and ways. Once Cecil’s healing journey began, he eventually became an outspoken leader against the industrialization of his people’s land and traditional territory, working tirelessly to protect the Kitlope, the largest intact temperate rainforest watershed in the world. Cecil worked on two books with Briony Penn: Stories from the Magic Canoe of Wa’xaid and Following the Good River: The Life and Times of Wa'xaid. Cecil lived in his ancestors’ traditional territory and his work protecting the Kitlope continued throughout the final years of his life. Wa'xaid passed away at the age of 90 on December 3, 2020.